This is the best advert for selling sunglasses:

Our eyes know instinctively what looks cool and what doesn’t. But can we add some logic to that? Can we explain why he looks “cooler” with them?

I was going to. But you know what? I won´t. I won’t try to add logic to cool, because it wouldn’t be cool anymore.

So here are some ideas off the top of my head.

Sunglasses are cool because they are associated with the types of activities we do when we are outdoors — but not trying too hard. Like getting a sun-tan, smoking a cigar, a careless Saturday afternoon conversation, or just chilling with a lost sense of time. Laid-back is cool dude.

But we also use them when we are on the move. Driving a convertible through a breezy highway in Northern Italy. Flying a bomber into enemy territory. The coolness of movement.

They are cool because we only want some people to see our eyes. People that we trust, people that we care about, that we love.  And sunglasses allow us to filter out the rest — and they know it. They know they are not considered worthy of their naked eye. Unattainable is always cool.

Maybe they are cool because they are associated with intrigue in some small town on the Mediterranean. Not wanting your opponent to read your next move. Or high-espionage. The coolness of being indecipherable.

They are cool because some of the iconic characters in movies wore them, and their swag was copied by real-life “cool” guys — the only ones who knew they could pull it off. Sure. Later it was copied by everyone else, yet they still retained their initial cool. The cool of the big screen brought to real life.

Or maybe they look cool because sunglasses make us feel cool? Like how we feel when nobody can decipher the windows to our soul. Frigid. Detached. Calm. Cool.

They are cool because they give us confidence. The one we get when we don’t have to look others in the eye — or acknowledge them. The coolness of detachment.

Sunglasses look cool because they give us mystery. Having an impenetrable color splashed across our face makes us look as if we don´t care. The ultimate act of cool.

They are cool because they are unnecessary. And all unnecessary objects are bought by people who have means. Means are always cool.

Sunglasses are cool because someone wearing them instantly captures our attention. Maybe it’s because throughout history we were not accustomed to seeing people with such curious artifacts on their faces. And we are still left in awe. Awe is always cool.

Maybe blocking the sun from our eyes is not even necessary, and they were designed just to look cool? Because they could. Not needing something — always cool.

I´ve heard people with sunglasses make others nervous because they don’t reveal what direction they are looking towards. Maybe the real reason they make them nervous is that people with sunglasses are usually closer to authority– they are bodyguards, pilots, detectives, cops. And who will dare accuse them? Getting away with it is always cool.

There are places where wearing sunglasses can automatically — and stylishly — make you stand out. Everyone will remember the one guy who wore sunglasses at the corporate meeting, interview, gym, airport gate. Being noticed is always cool.

With sunglasses, you can appear stoic regardless of the storm that is brewing beneath them. You will look calm in the most pressing situations. Funerals, scorching sun, a business deal that is going on the rocks, or getting glassy-eyed while reading a novel. The coolness of having your shit together.

Good sunglasses show the best your face has to offer. They highlight your mouth, jawline, and skin color. Looking good is always cool.

They are cool because since their inception they´ve been willing participants in intrigue. In the 12th century, judges in ancient Chinese courts wore sunglasses with smoky quartz lenses to hide their facial expressions when they interrogated witnesses.

They are cool because they can be your accomplice in mistaken identity. “Is that really her?” “Looks like her, but I am not quite sure”. Curiosity is always cool. 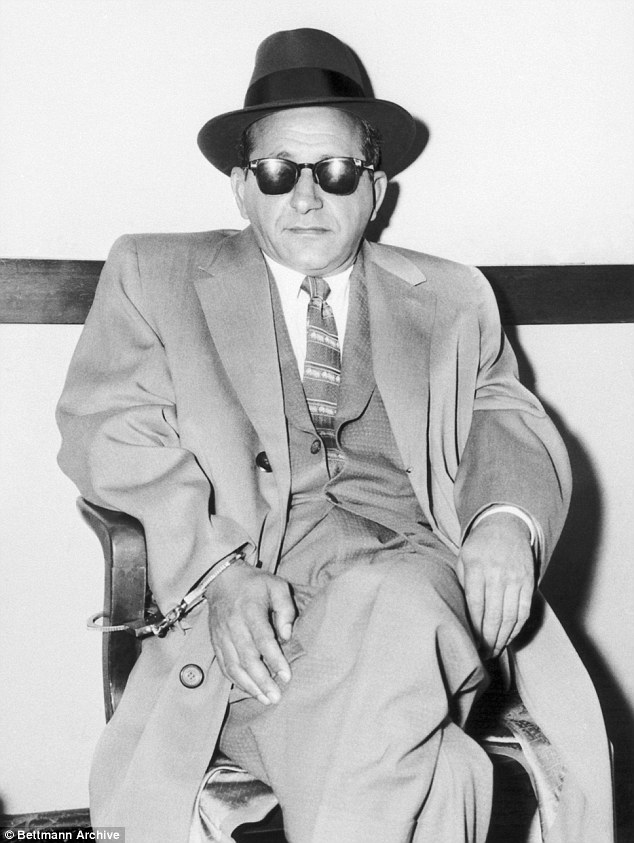 Sam Giancana not giving a fuck

They are cool because they make you look like you don´t give a fuck. Not giving a fuck is always cool.

Whatever the reason is, we all know sunglasses are cool.

You can get the coolest of them all here.